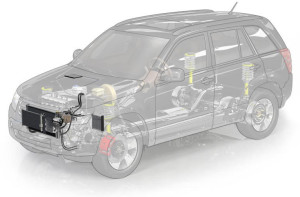 A car engine produces a lot of heat as it runs and must be cooled to avoid engine damage, the vehicle cooling system is what keeps a car from overheating. Most cars use a liquid cooling system, circulating liquid mixed with an antifreeze solution around the engine so it can absorb and dissipate heat. Some engines are cooled by air flowing over finned cylinder casings.

In a liquid cooling system, a water pump pumps the coolant through the engine into the radiator where it’s cooled off. A thermostat controls the flow of coolant depending on the temperature. A fan draws air through the radiator as an added cooling device. In an air cooled engine, a fan blows air through a duct that runs around the fins of the block and cylinder head.

The water pump is a centrifugal pump located in the engine compartment that is driven by the crankshaft, it uses an impeller that circulates coolant whenever the engine is running. The water pump pumps coolant from the radiators’ lower tank to coolant passages around the engine block and cylinder head, the coolant absorbs the heat produced by the engine to keep it at optimal running temperature.

A heater core is a mini radiator part of the heating systems that is snuggled deep inside the center of your dash, it is used in heating the cabin of a vehicle. When the heat is on, hot coolant from the vehicle’s engine block is passed through a bypass hose to a winding tube in the heater core where heat is transferred from the coolant to air that flows into the passenger compartment. Fins attached to the core tubes increase surface for heat to transfer to air that is forced past them,  forced by a fan.

The main function of a car’s radiator is to cool the internal combustion engine. A water pump pumps coolant from the radiator’s lower tank into the engine and is returned through the thermostat to the radiator upper tank in an overheated state. The coolant than flows downwards in the radiator flow tubes where it loses its heat to air flowing past the tubes, for a better cooling effect, the heat transfer area is further increased by providing fins on the flow tubes. 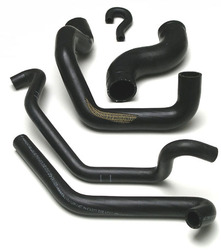 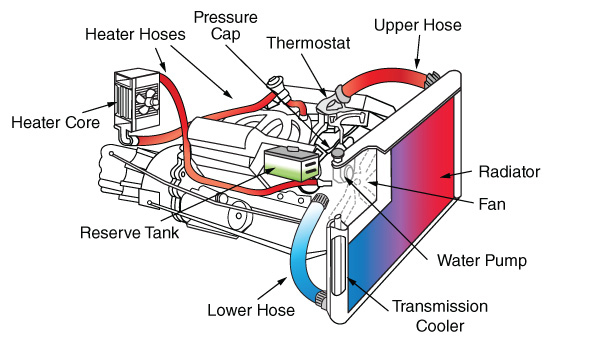